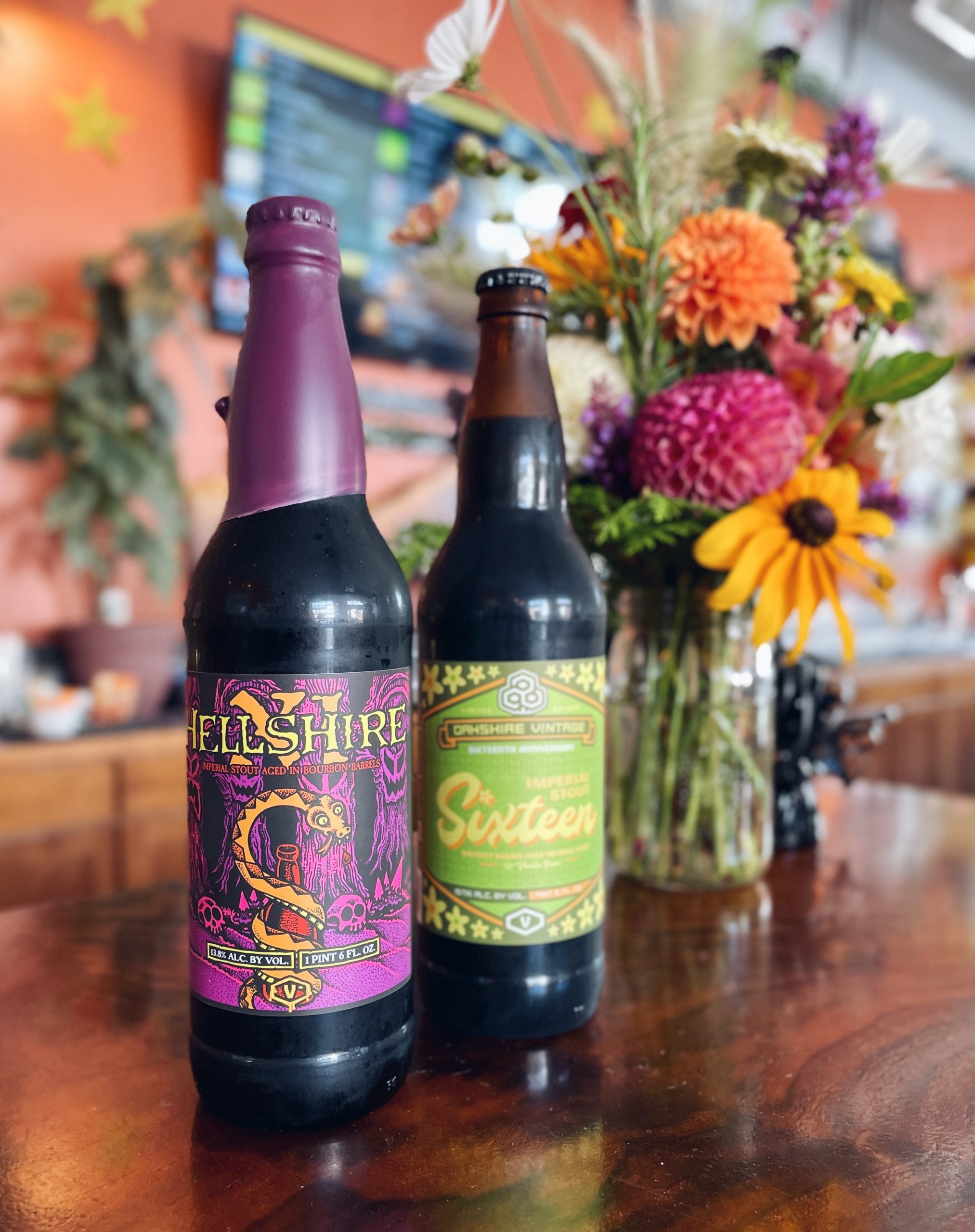 October 4, 2022: EUGENE, OR – Oakshire is excited to release three new beers to celebrate 16 years: Hellshire XI Bourbon Barrel-aged Imperial Stout, Sixteen Barrel-aged Imperial Stout with Vanilla Beans, and Goatshire IPA. To share these three new beers with friends and fans throughout Oregon, Oakshire is hosting the Great Oakshire Anniversary Tour, or GOAT. The new beers will be available in both package and draft during the tour of Oregon beer destinations. Beginning at the Oakshire Public House in Eugene and the Oakshire Beer Hall in NE Portland, the tour will then head to Astoria’s Bridge & Tunnel and Bend’s Broken Top Bottle Shop, then wrapping up at Beerworks in Medford.

“We’re really stoked to celebrate our sweet sixteen with our friends, family and fans,” says Jeff Althouse, Oakshire’s co-founder and CEO. “We started Oakshire in 2006 with a humble dream of brewing an approachable Amber Ale for bars and restaurants in Eugene. We referred to ourselves as ‘humble brewers of delicious beer.’ It’s been a wild ride as Oakshire has grown over these 16 years into a cornerstone brewery of Oregon’s craft beer culture.”

Two barrel-aged Vintage bottles headline the anniversary release events. Hellshire XI is from a long progression of the Hellshire barrel-aged series, sought after by beer lovers since 2011. This rendition is blended from three imperial stout recipes, each aged between 15 and 18 months in Kentucky bourbon barrels from Henry Mckenna, Wild Turkey, Rebel Yell, and Elijah Craig.

Named for the anniversary itself, Sixteen is a Whiskey Barrel-aged Imperial Stout with seven globally sourced single-origin vanilla beans from the Planifolia, Tahitensis, and Pompona varietals. Sixteen’s mash bill is 22% wheat and the base beer was aged for seventeen months in Bernheim Wheated Whiskey barrels. The vanilla, whiskey, wheat, and barley malt create a flavor of warm chocolate cake with vanilla frosting.

“I have a deep reverence for creating barrel-aged beer, and imperial stout continues to stand as my Mount Everest,” says Director of Brewing Operations, Dan Russo. “To celebrate 16 years and the return of Hellshire, I figured there was only one way to go – all out!”

Goatshire, a San Diego-style IPA brewed in collaboration with Living Haus Beer Co. of Portland, OR, rounds out the selection of new beer releases. No strangers to hop-forward beers, the two teams got together to create an ultra-hoppy IPA with a triple dry-hop of Peacherine, HBC 586, and Australian Eclipse. This tropical IPA collaboration celebrates the brewing friendships that Oakshire has cultivated throughout its 16-year history.

Limited quantities of 22oz Hellshire XI and Sixteen bottles will be available at craft beer retailers throughout Oregon, and specifically on the Great Oakshire Anniversary Tour stops at:

For bottle pickup at an Oakshire taproom, pre-order begins online on 10/4 at 11am, with draft pours and bottle pickup beginning 10/7. Goatshire IPA will be available in 16oz 4-packs and on draft in Oakshire’s taprooms and in craft beer retailers throughout Oregon. To pre-order these beers or learn more about the events and locations for the Great Oakshire Anniversary Tour, visit oakbrew.com/the-great-oakshire-anniversary-tour/

It's Monday. Coffee is required. ☕️