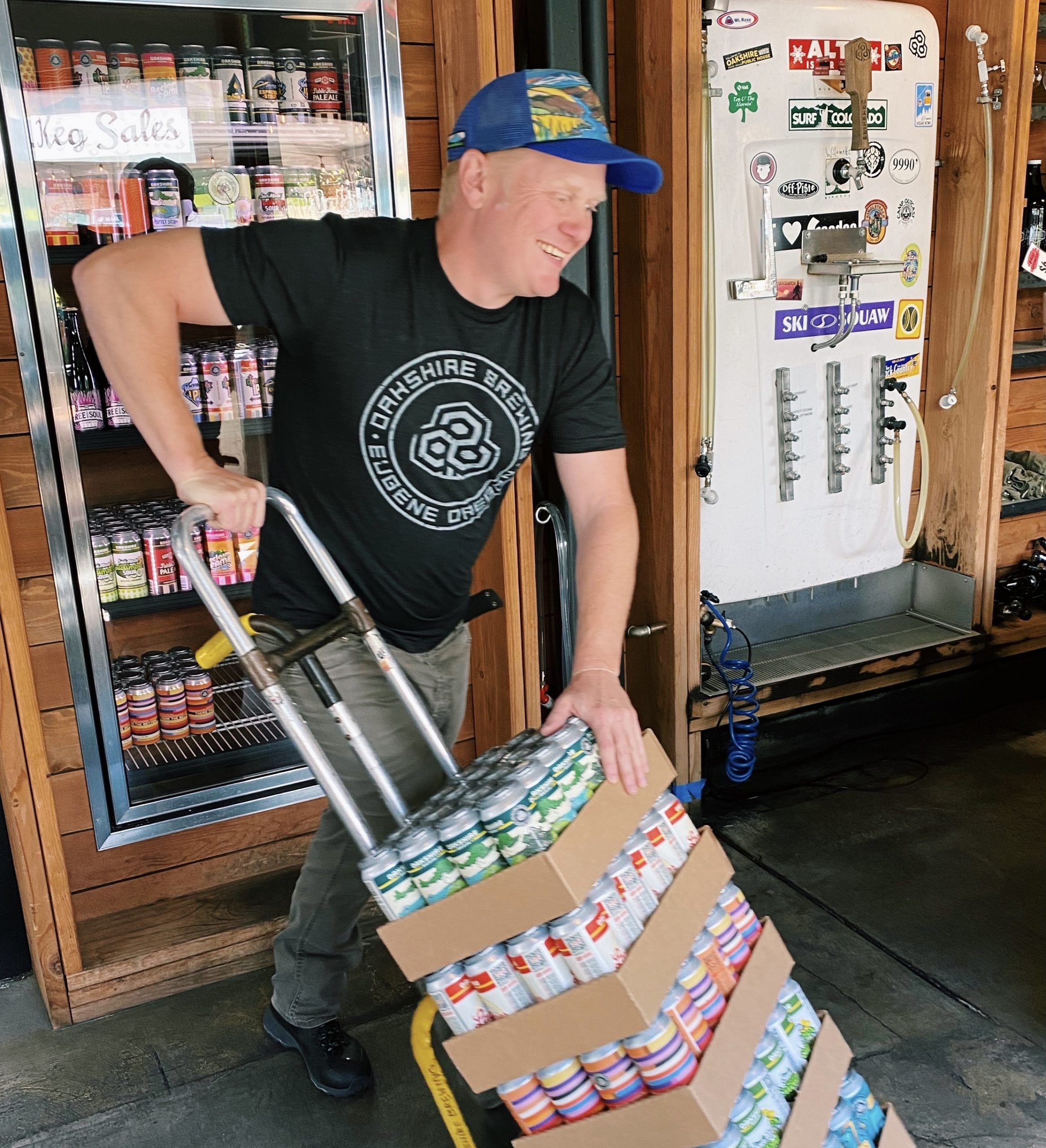 December 2, 2022: EUGENE, OR – Oakshire Brewing is pleased to announce it will begin limited distribution of its beer in the Seattle-Metro area through its own distribution operation beginning December 7, 2022.  Oakshire’s decision to sell directly to retailers is driven by changes in the craft beer markets since Oakshire began Washington distribution in 2011. Oakshire’s increased focus on smaller batches of specialty beers in draft and 16oz cans was also an important factor.

From Oakshire Co-Founder and CEO Jeff Althouse: “Oakshire and Columbia, Oakshire’s primary Washington Distributor since 2017, have reached an agreement, on confidential terms, to enable Oakshire to self-distribute its products in the Territory, with Columbia reserving certain rights to again act as Oakshire’s distributor at such time (if any) in the future should Oakshire desire to resume three-tier distribution by a third-party wholesaler in the Territory.”

Chris “Alty” Althouse, Oakshire Co-Founder and Operations Director, will spearhead Oakshire’s Self-Distribution Operations. He notes that, “Washington State is full of passionate craft beer fans and amazing establishments carrying an array of high-quality craft beverage options. We are thrilled to continue to be part of this awesome scene and we look forward to getting more variety of Oakshire’s delicious beers flowing up North.”

Beers from Oakshire’s three brewing programs – Core, Pilot, and Vintage – will be available via a once-per-month delivery route to specialty craft beer retailers, taprooms, and craft beer bars. Oakshire’s Core beers, anchored by Amber Ale and Overcast Espresso Stout, will continue to be offered. However, the company is most excited to offer Washington beer fans the small batch Pilot and Vintage beers, previously only available in Oakshire’s taprooms and in limited amounts in their home markets in Oregon. Exciting beers Oakshire has become known for, like experimental Hazy IPAs, confection-inspired Imperial Stouts, and the Hellshire series of spirits barrel-aged stouts, will be among the offerings. Smoothie Sour fans can look forward to experiencing Oakshire’s Theme From The Bottom Series, to be available both in cans and on draft for the first time to Washington retailers.

Oakshire will expand to a second monthly route in 2023 to serve retailers throughout Western Washington. Routes to Central and Eastern Washington will be added to meet demand.

Craft beer retailers located in Washington interested in adding Oakshire beers to their lineup should contact Oakshire at http://oakbrew.com/wa-self-d-account-request/ or email distro@oakbrew.com.

About Oakshire Brewing:  Oakshire Brewing of Eugene, Oregon, is a community inspired small batch brewing company founded in 2006. Oakshire is privately owned by the family and friends of its founders, employs 31 amazing people, and produces a wide variety of beers within its three distinct brewing programs – Core, Pilot, and Vintage. Oakshire beers are available on draft and in package through Oakshire’s exceptional wholesale partners in Oregon, Washington, and Colorado. Oakshire operates two taprooms in Oregon, the Oakshire Public House in Eugene is located at 207 Madison Street, and the Oakshire Beer Hall in NE Portland, which is located at 5013 NE 42nd Ave. For more information about Oakshire, including our people, locations and beers, visit our website at oakbrew.com.

It's Monday. Coffee is required. ☕️