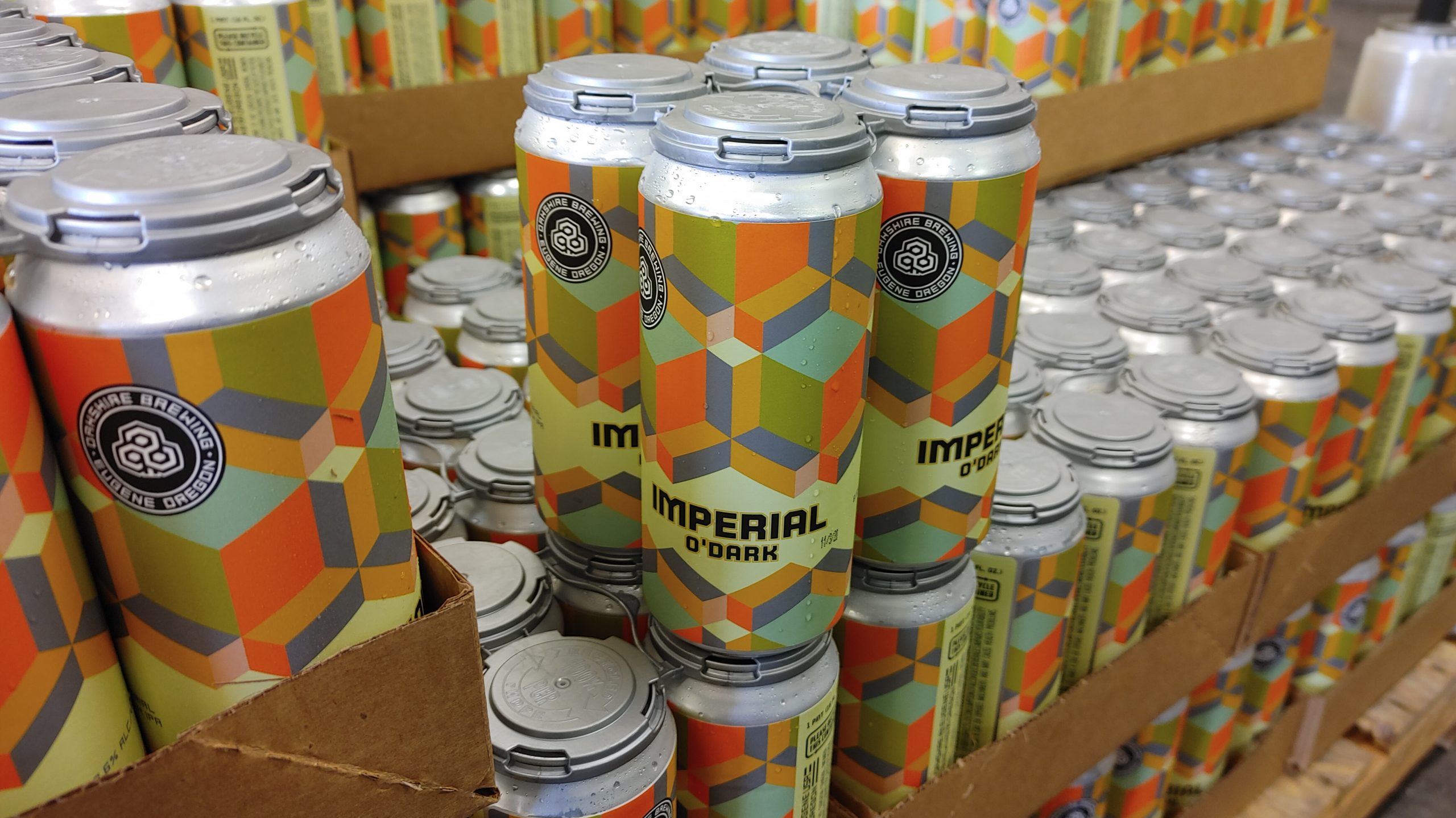 In the early part of the 2000’s a new style of beer emerged. Some called it an American Black Ale, some a Cascadian Dark Ale and others simply Black IPA. Whatever your preferred nomenclature, the beers all had the same properties, they were very dark, with only a hint of roasted or dark malt profile and very hoppy.

In 2010 Oakshire released O’Dark:30, a Cascadian Dark Ale, as it’s newest seasonal. O’Dark remained in the brewery rotation until 2014, as the style began to fade out of favor to more balanced and soft IPA’s that were beginning to emerge, finally being retired from the brewery program. Over the last few years our brewers have resurrected O’Dark in Imperial form, making a bigger and bolder version.
So as 2020 edges closer to closing, and as the days grow shorter and darkness befalls us earlier each day, our brewers made a very special batch of this classic to share with our fans. We took one of our favorite hazy IPA recipes, chock full of wheat and oats for a super soft mouthfeel, and added Weyermann Carafa Special 3, a dehusked, de-bittered black malt, that provides the deep dark black color, with only a hint of dark malt taste and flavor. The wort was then heavily hopped with Simcoe and Citra hop oil and New Zealand grown Nelson Sauvin in the kettle and whirlpool. The beer was fermented with our house yest strain to 8.6% ABV and then dry-hopped 50%/50% with Citra and Nelson at a rate of 8.5#/bbl. Pouring pitch black with a long-lasting thick tan head, the nose erupts with tropical fruit jam-forward berry, and resinous pine character, with eyes closed you would not be able to recognize this beer as anything other than IPA. The beer erupts over the palate with a full-bodied mouthfeel, and viscous hop resin that coats the tongue. The taste has huge tropical notes, bright citrus and a tasty berry forward finish. As the beer proceeds down the throat it finishes ever so slightly with a mild roast character that reminds you how dark the beer is.

An under-appreciated style that was not given it’s due respect, we’re happy to carry on the legacy of the Black IPA here in Eugene every couple of years, and our stoked that 2020 happens to be that year! We hope you enjoy drinking it as much as we enjoyed creating it!

Looking for some Thanksgiving decadence? Christmas

We want you to be fully stocked this holiday week!

If you were lucky enough to taste some of our very