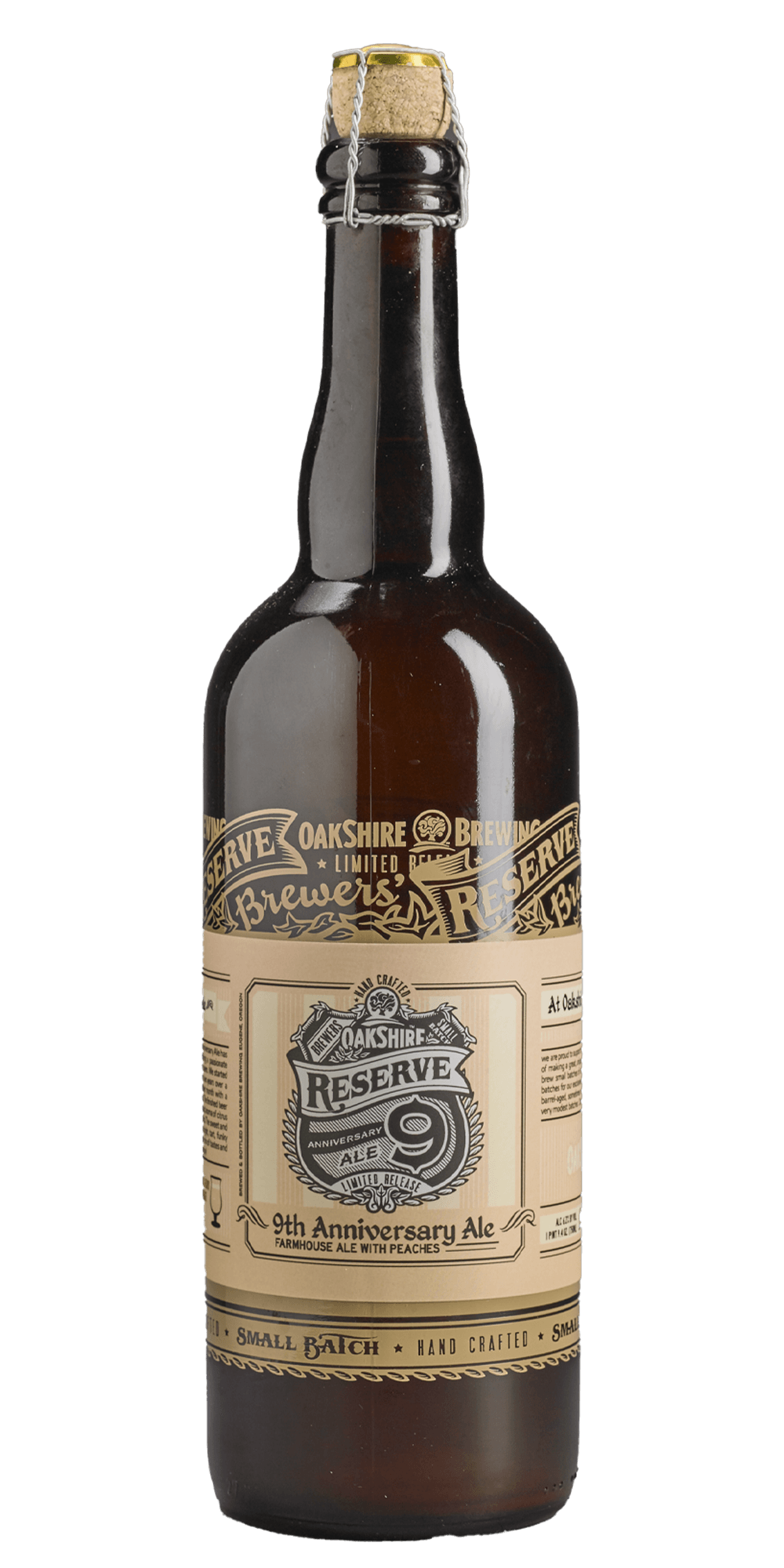 9th Anniversary Ale (2015) – Farmhouse Ale with Peaches – 6.2% ABV
We started with a crisp farmhouse-style ale, aged it for two years over mountains of peaches, and matured it for another month with a smaller wild beer and a second dose of peaches. The finished beer presents a brilliant, hazy orange that yields a robust aroma of citrus notes, fresh peaches and acidic, earthy stone fruits. The sweet and floral peach flavors are followed quickly by a bright, tart, funky finish. Our 9th Anniversary Ale presents a great mix of tastes and aromas- certainly worth waiting nine years to enjoy.

8th Anniversary Ale (2014) – Barrel-aged Belgian Ale with Cherries and Brett – 6.4% ABV
Eight years after brewing our first batch of beer we want to celebrate our success with the small community of our most loyal supporters. To commemorate this occasion, we crafted this Belgian Ale , matured it in a handful of select Pinot Noir wine barrels, and aged it with Northwest grown cherries. This Belgian Kriek-inspired ale has flavors of tart fruit, oak and just a touch of funkiness from the Brettanomyces.

7th Anniversary Ale (2013) – Barrel-aged Baltic Porter with Cherries – 7% ABV
Seven years after brewing our first batch of beer, we felt the need to celebrate our success with the small community of our most loyal supporters. To commemorate this occasion, we crafted this Baltic Porter and artfully blended it with a handful of select bourbon barrel-aged dark and wild beers from our library and matured it on tart cherries. Flavors of tart fruit, oak, and bourbon combine with the beer’s deep chocolate notes, providing an unconventional yet gratifying drinking experience.