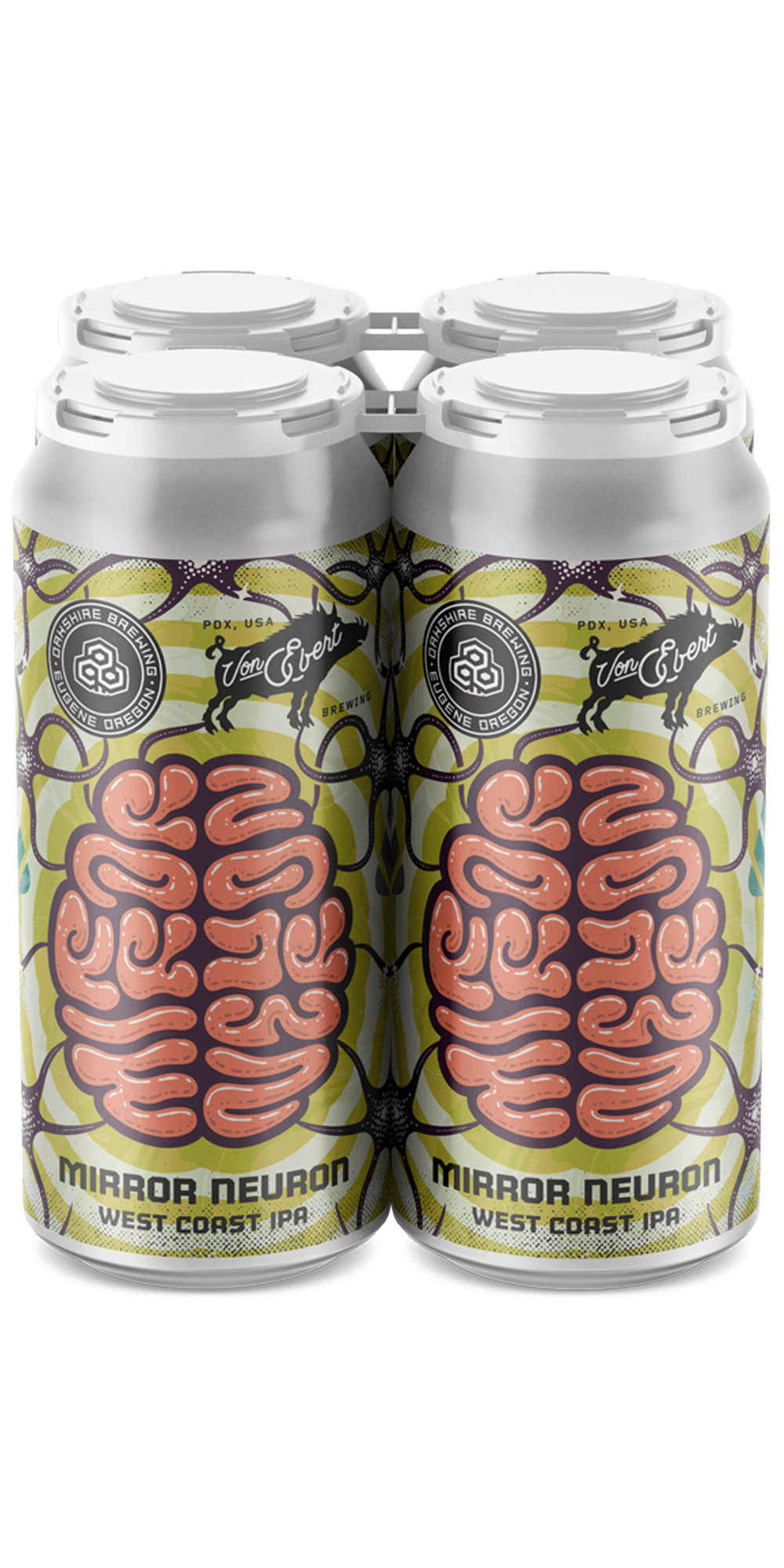 What is a mirror neuron? A mirror neuron is a neuron that fires both when an animal acts and when the animal observes the same action performed by another. Thus, the neuron “mirrors” the behavior of the other, as though the observer were itself acting. Such neurons have been directly observed in human and primate species, and birds.

The brewing team at Oakshire has long admired the beer being brewed at Portland’s Von Ebert Brewing. We came to find out that their team thought the same of our beer. Once this mutual admiration was realized, VE’s Sam Pecoraro and Eric Ebel and our own Dan Russo and Joe Giammatteo decided to come together to create a beer incorporating each brewer’s philosophy on recipe development, hop usage, and brewing style. We were attempting to “mirror” each other’s collective brewing knowledge.

Each variety was chosen for its unique berry-forward character. We then layered each hop addition, bringing out the additional traits such as diesel dank resin, tropical fruit, and pleasant citrus to create a multi-faceted and intricate IPA.

Pouring a hazy bright yellow with a fluffy white head, the glass erupts with a medley of berry character from raspberry, blueberry, and Boysenberry – all the way to the elusive gooseberry. The aroma is rounded out with notes of dank herb, mango, lychee, and smooth citrus.

Upon the first sip, the palate is immediately coated in hop resin. The perceived bitterness is pleasant and rounds out the overall drinking experience. The hops are allowed to continue to charge over the palate with each sip bringing wave after wave of delicious fruit-forward flavor leaving the drinker yearning for more.

Mirror Neuron represents the collective knowledge of four brewers who strive daily to create and share delicious and drinkable beers with the world. We inadvertently had been signaling each other; seemingly unaware of how deeply our brewing thoughts were tied for some time. Once the realization was made, we set out to create something wholly unique, and Mirror Neuron is the result. We hope you enjoy drinking it as much as we enjoyed making it.