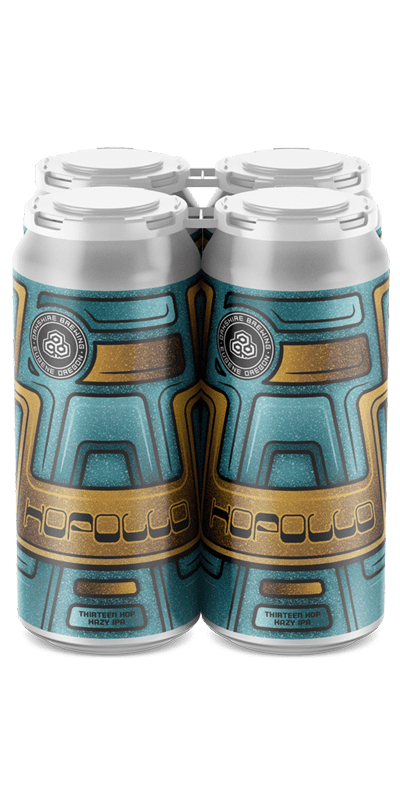 In 2015, Oakshire released Hopollo 7, a seven-hop IPA that we thought was out of this world. Now in 2021, we’ve decided to reimagine this otherworldly IPA as a bold and dank hazy. We hit the kettle with Simcoe, Mosaic, and Citra hop oil plus El Dorado and Wai-iti hop pellets. For the dry-hop, we chose eight new world varieties known for their pungent tropical and fruit-forward nature. The result is a multi-faceted and deeply intricate 13-hop hazy IPA perfect for summer drinking.