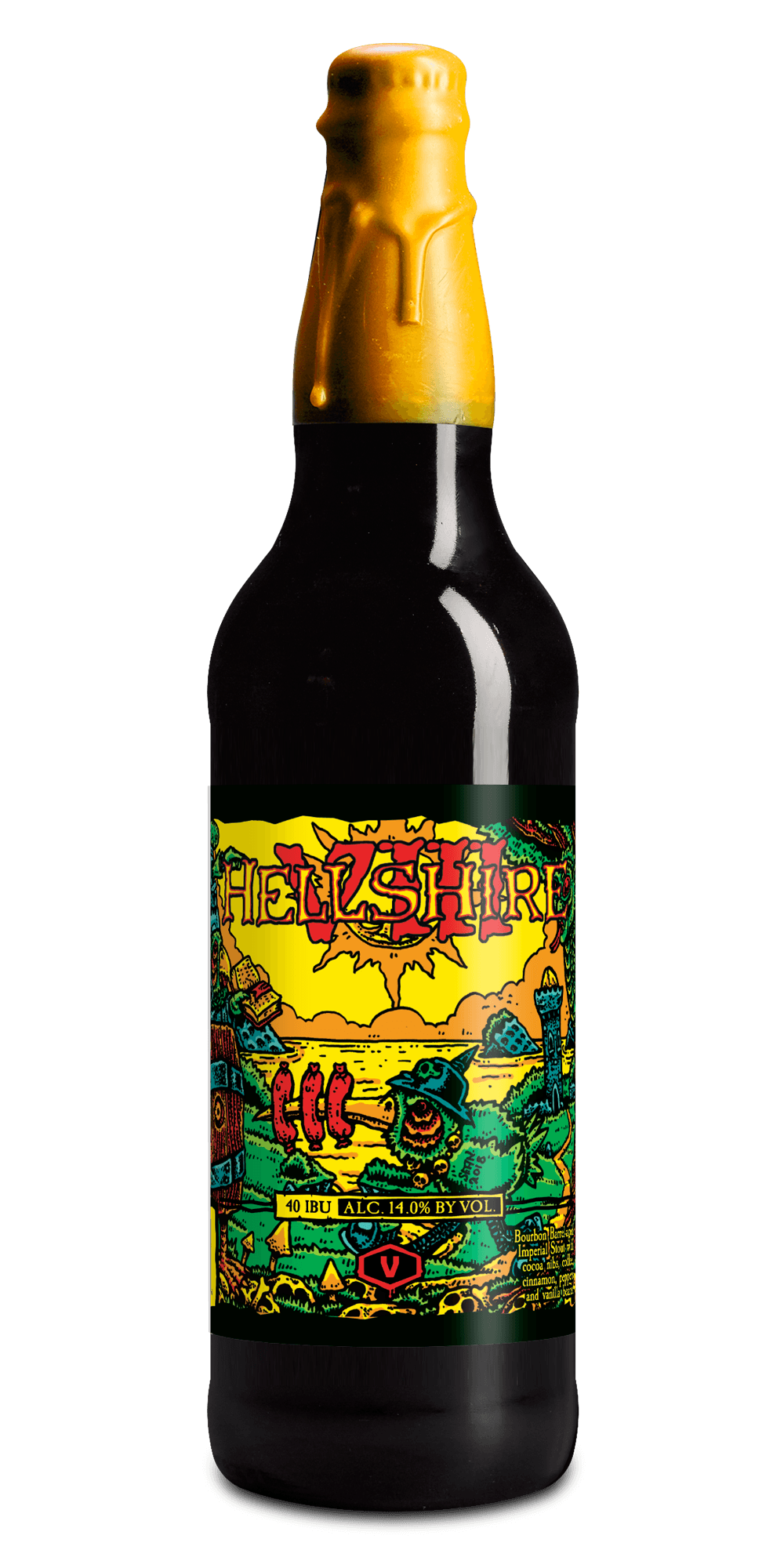 Deep within the recesses of the alcoves & antechambers of Oakshire Brewing lies another realm. It is a place where carefully fermented beers are laid to rest in oaken sarcophagi. They slumber for eons only to emerge as wholly transformed entities, fuels for the malformed creatures that populate the blasted & eldritch wastes of…

Hellshire IV – Feb 2014
Old Ale aged in Kentucky Bourbon Barrels. Our brewers started with a base of Bourbon Very Ill tempered Gnome, with elements of Rye-Whiskey Strong Ale and Brandy Barleywine for our 4th release under the Hellshire label. 10.3% ABV

Hellshire Experience 2016 – Hellshire VI Single Barrel Reserve – 14% ABV
Hellshire VI began it’s life as an imperial stout aged in a blend of Rittenhouse Rye Whiskey and Elijah Craig 12 Year Bourbon barrels. The intent was to blend the barrels together to become what we know as Hellshire VI. As our brewers tasted over barrels for many months it became apparent that one barrel stood out above all others, a single cask of Rittenhouse Rye Whiskey Imperial Stout. This single cask was selected to become our first ever Hellshire Experience Beer.

Hellshire Experience 2017 – Double Barrel Especial – 16.5% ABV
Double Barrel Imperial Mexican Coffee Stout
Beginning its journey in 2015, this beer started as Imperial Stout laid to rest in a series of Elijah Craig 12 Year Bourbon and Rittenhouse Rye Whiskey barrels. After aging gracefully the beer was blended and a single brandy cask was filled and left to age for over a year. Near the end of it’s journey the cask was filled with cocoa nibs, vanilla beans, cinnamon, coffee and a proprietary blend of dried peppers. What emerged was a double barrel masterpiece set to recreate the flavors of Mexican hot coffee and worthy of being called our 2017 Hellshire Experience beer.