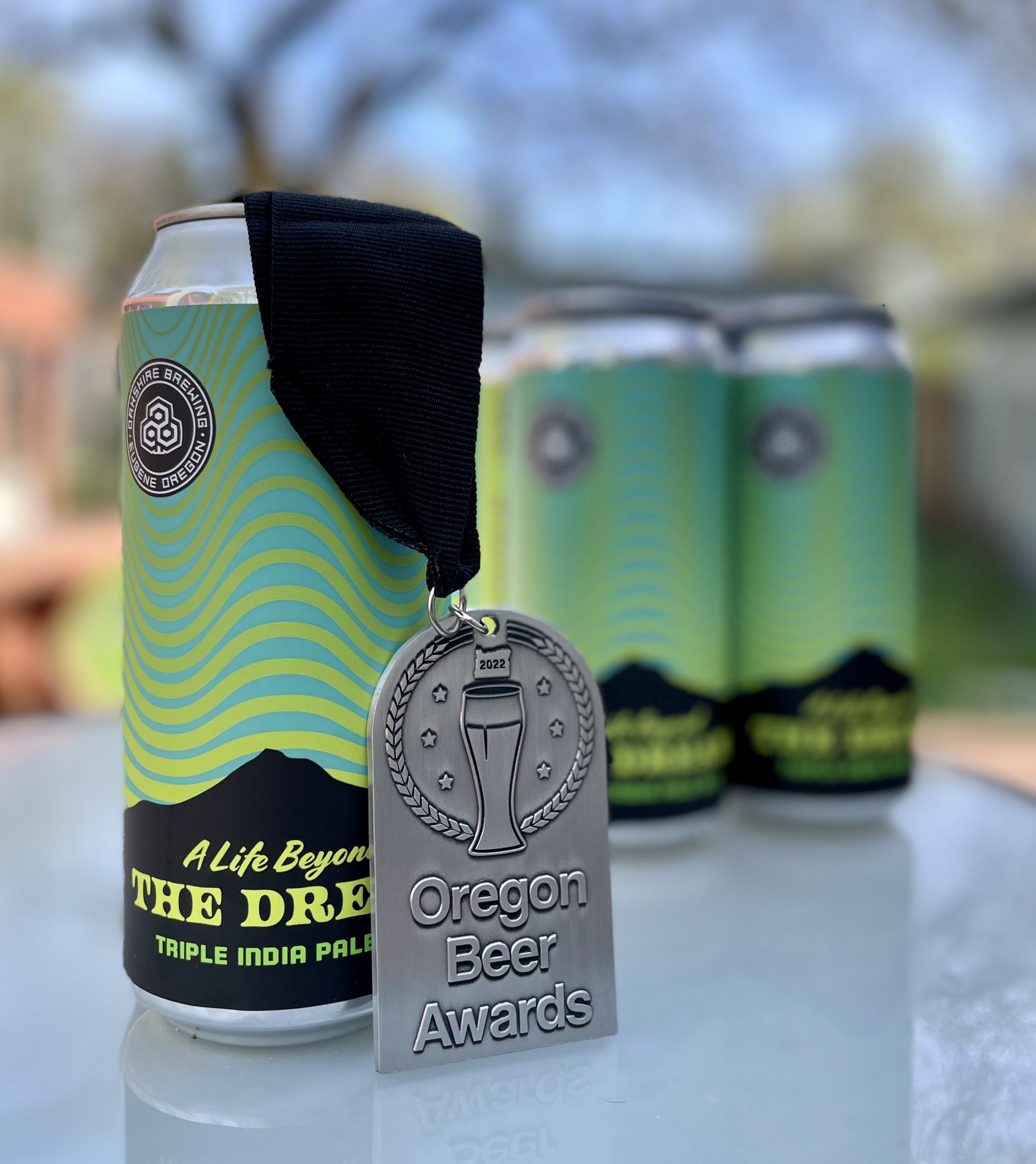 On April 6, the Oregon Beer Awards took place, held in Revolution Hall for an in-person gathering longed for since the pandemic. This year’s awards boasted the second largest number of entries ever – 1,234 beers were entered by 123 distinct brewing companies – enough to make it the second-largest OBA’s ever.

We’re excited to announce that Oakshire’s A Life Beyond The Dream Triple IPA won a silver medal for the second year in a row in the category of Imperial India Pale Ale.

Named after a Phish song, this triple IPA is 10.5% ABV and boasts Warrior hops and Mosaic and Citra Incognito Oil, plus Enigma and Strata for notes of tropical fruit, white wine, and melon. It finishes with a quintuple dry-hop – Mosaic and Simcoe Cryo bring notes of mixed berries, tropical fruit, and pine. Columbus and Strata contribute huge notes of dank herb and fresh strawberries. Finally, the almighty Galaxy rounds it out with passionfruit, apricot, and blackcurrant. Our most ambitious IPA to date, this Triple will take you Beyond the Dream.⁠

Read a recap from the rest of the awards at New School Beer here.